Why I Love TED Talks 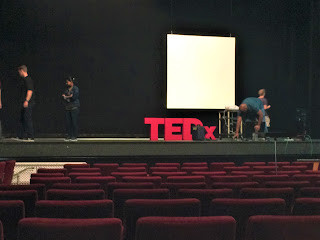 Most of us have seen a TED talk at one time or another. You can find a virtually limitless supply of speakers addressing any topic you can think of in an engaging and insightful way. The theme of TED talks is “ideas worth spreading”. A speech should serve to provide a useful message to the audience.

To become a strong speaker, you must have something of value to share with others. I see too many speeches addressing topics that aren’t worth discussing. Why bother? A speaker must address something that matters. That’s why I appreciate TED’s mode of operation.

TED talks have generated hundreds of millions of views. They’re becoming a prominent force in educating the population on a variety of topics. Teachers are using TED talks in their classrooms (myself included). TED talks are bringing public speaking back into the limelight in a society that is increasingly digitized.

I had the good fortune of attending a TEDx rehearsal session last month. The speakers were carefully selected to present something worthy of an audience. Everybody was excited and enthusiastic. The organizers, presenters, and critics (including me) were eager to make the event successful.

I like what TED has accomplished over the past few years. Influencers can spread their message to the world through this medium. Traditional books and academic articles are static and slow to spread in comparison to TED talks.

Chris Anderson, the head of TED, wrote a great book called TED Talks: The Official Ted Guide to Public Speaking. There, he elaborates on the connection between modern technological advances and the great new opportunity for interesting people to spread their message through online speeches.

I’m excited to see what’s to come in today’s world in which anyone can be inspired or informed by the captivating TED speakers. So if you haven't seen a TED talk yet, then go check out www.ted.com without further delay!