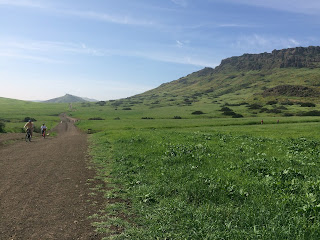 You don’t become an amazing speaker overnight. It takes years to develop strong public speaking skills. Some people are lucky enough to gain sufficient speaking skills without much effort. Maybe they’ve always been gregarious. Perhaps they grew up in a big family where speaking in front of everyone was the norm. It’s also possible they were in extracurricular activities like sports or theater where they developed confidence. But most people are not lucky enough to have developed speaking skills without significant effort. The majority of folks require lots of intervention if they want to speak well.

A common misconception about speech is that some people are just born to be great at public speaking. This is not true! Nobody is born speaking fluently and effectively. Sure, it comes easier to some than others depending on their predispositions and upbringing. But an amazing speaker gets that way over a long period of time. Speaking well may seem like a normal thing that everybody should be able to do with ease. But that's not the case. Public speaking is an extraordinarily complex and difficult task that few people master.

Just think about all of the simultaneous skills required in speech. First, a person must have acquired a base level of vocabulary and language. Next, a person must get comfortable using body language and movement during their speech. Projection and inflection must also be learned. You have to organize your points and structure your thoughts. Then you have to put everything together at the same time while controlling your anxiety.

I’ve seen thousands of speeches and believe me when I say, very few people master these skills. Public speaking is a bit like juggling each of these different abilities at once. It’s an extraordinary task with lots of multitasking. It’s not easy.

Those that wish to become the best public speakers should expect to build their skills over the course of  a lifetime. A class or book on speaking is only the beginning. You can also plan on your skills withering without continued practice. It’s like any other skill. An athlete or a musician practices intensely every day. Public speaking is just as much of a cognitively challenging task. Plan on embarking on a continued journey if you want to continually improve your skills.

Take up every opportunity to speak more. Join classes, clubs and organizations that get you speaking in front of others. Take a public speaking class at community college. Join a Toastmasters club. Become more talkative in your personal interactions. Converse with strangers when appropriate. These are the habits of a person on a journey to becoming a great public speaker. Start yours!